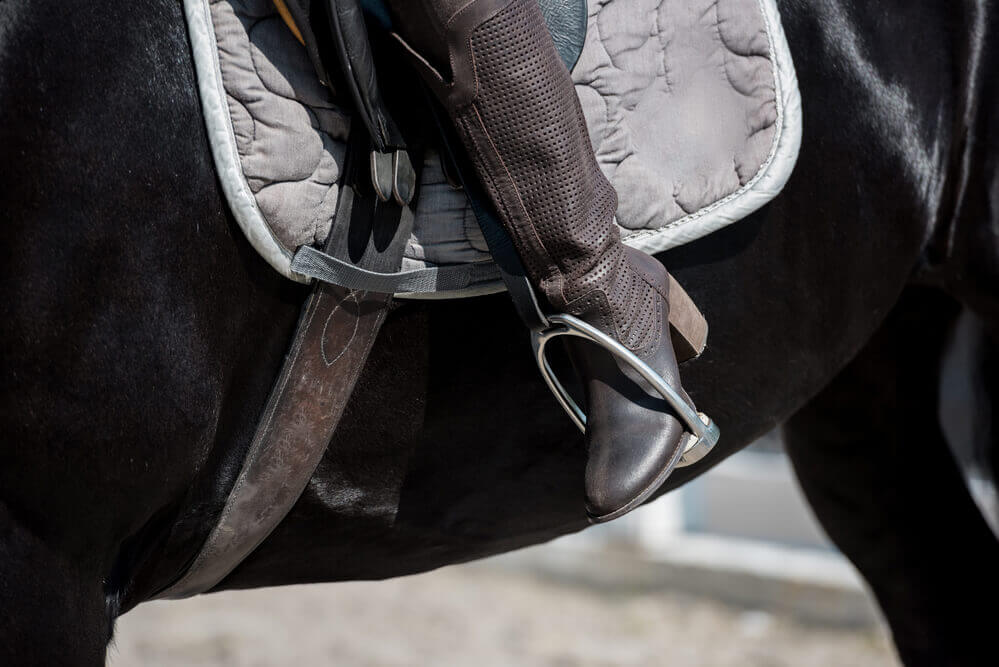 From the beginning of exploring D/s, I saw parallels between a horse/rider and D/S relationships. It became an easy analogy that made sense to me. Things like how a horse can be headstrong and wild, but if you gain their trust, they may submit and let you ride them. If the rider builds a strong enough relationship with their horse, they’ll do their best for that rider. And if they really form that bond with respect, trust, understanding, and communication, they can be so in sync that they can overcome hurdles together as one.

My Daddy gave me occasional tasks that challenged me and pushed my boundaries in the beginning of our relationship. There were times where I balked and refused. Sometimes I needed to understand more about what I was facing before I would agree to take on the task, like a horse walking around, inspecting and sniffing a jump before being willing to take it. It was a learning experience for both Daddy and me to know what I was ready for. Maybe the level of the jump had to be lowered, so to speak.

A scared horse can hurt you! There have been a few times where I panicked and he had to calm me down before trying that again. He also had to watch his step because I might lash out. I met a submissive early on who was going through intense training with her Sir. There were strict protocols, she had to do a lot of tasks with tight deadlines, and she worked hard to please him. She could take on a lot! She reminded me of a seasoned jumper who could take on challenging hurdles. I was the untrained, green horse who was easily spooked.

What a Riding Crop Can Do 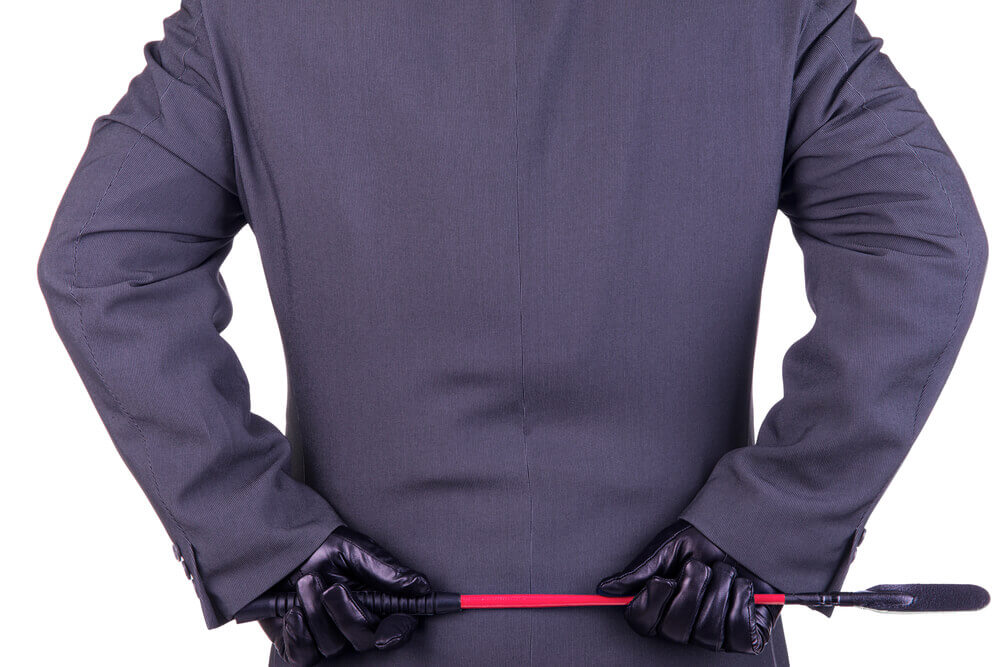 For me the riding crop embodies control, power, authority, training, and attention. A sensitive horse can react to the mere sight of a crop, get their attention, communicate the start of a training session, and that it’s time to focus and pay attention. It also can invoke excitement and can communicate an instruction, and that’s just from seeing it.

Touching them on certain parts of the body can also communicate a message. “Move this way”… “Don’t even think about it”… “Canter”… “Yes, now”… “We’re doing this.” Sometimes just a touch or a tap is all it takes. Sometimes just showing it does the trick, depending on how sensitive, attentive and trained the horse is. A sensitive horse can get jumpy at the touch of a crop.

Pain doesn’t even have to be a part of it. In D/S it can be, of course. That’s a personal preference, and the potential of that can be a factor, but a crop can do so much more than deliver pain. Such an instrument commands attention and can be very powerful beyond something to hit with. 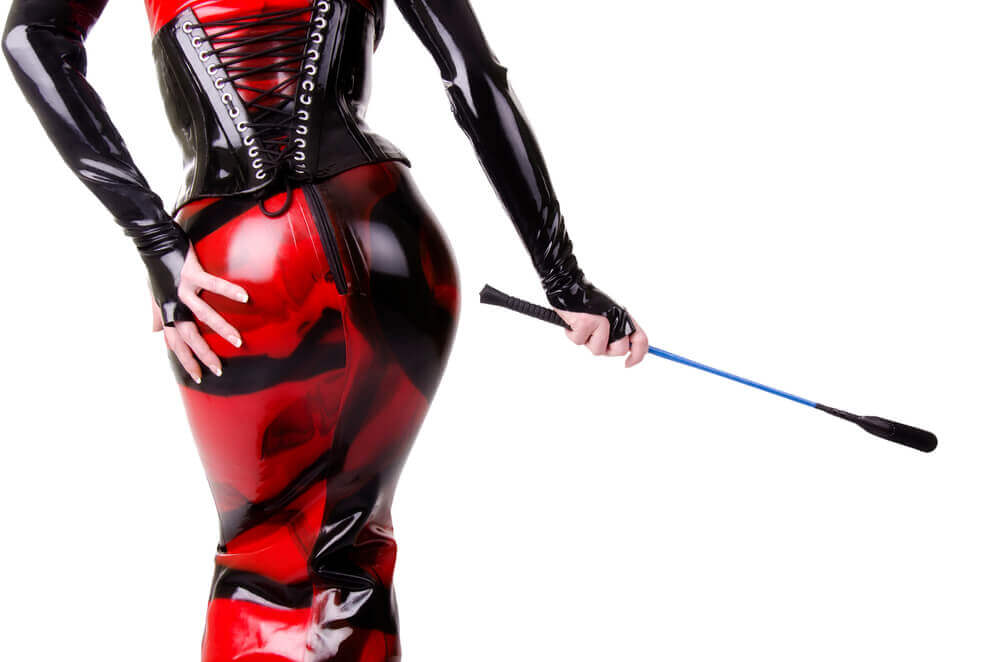 Just as with a horse, the sight of a crop can deliver a message to a submissive. It could communicate that a session is about to begin, it can get them mentally ready for whatever may come next, and it can definitely get their attention. If not by sight, a smack on the Dom’s own hand with it would probably do it. Pointing at a spot in the room with it can communicate where a Dom wants the submissive to be. Just a touch on the skin can get the senses on the ready with anticipation. A gentle downward push on their shoulder could tell them to kneel. A push or tap on the upper back could tell them to bend their head down. A lift under the chin can tell a submissive to lift their head up and make eye contact.

The potential for hitting is always implied by its nature. A riding crop can be a heck of an instrument for teasing. It can caress, stop, touch, remove, and if the sub is blindfolded, they won’t know what comes next. Will the next sensation be a smack on that spot? The anticipation of the possibilities can build excitement and put their nerves and senses on alert. Running the crop inside the legs could communicate them to spread. A light tap or push can communicate that more clearly.

The possibilities are pretty vast. Dominants can customize your own non-verbal instructions. They may have to use words at first with certain movements or gestures until the submissive learns what the gesture means. The more the crop is used in a session with a submissive, the more an association can be made that invokes a subconscious response to it. Over time, the more a sub will see it as an instrument that represents their Dom’s power and control.

We are so excited to be a part of this, and we can't WAIT to tell you all about it! twitter.com/Domsubliving/s…

The result of a spanking that featured a Wartenberg wheel. Not seen here: broken skin that caused JB to end the scene. (We don’t do blood.) You can see a lot more here: onlyfans.com/lovingbdsm pic.twitter.com/Hn25jYbXUl

No live stream/podcast episode this week. @KaylaLords is too sick to record, so @SouthernSirsPl is making her rest. We should be back to normal next week!

Purple might be Kayla's favorite color but pink definitely looks good on her! onlyfans.com/lovingbdsm

Kayla's ass is already red from her warm-up, and JB is just getting started. Do... onlyfans.com/lovingbdsm