Consider this a tale of two penis masturbators. Proof-positive that you can enjoy multiple types of stimulation — which is why (when you can afford it) having multiple sex toys can be really fun.

We’re joining in for Kink of the Week to talk about John Brownstone’s two favorite masturbators. 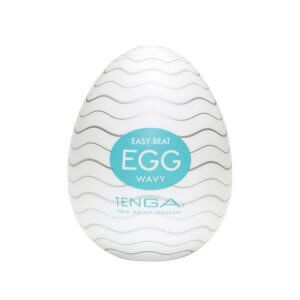 While in London at my first Eroticon, shopping at a sex toy store (as you do) I picked up a Tenga egg for John Brownstone, on a whim. I didn’t even really know what it did. But I wanted him to know I was thinking of him while we were apart.

Does anything else say, “I’m thinking of you” like sex toys?

The Tenga egg is a masturbator that fits over your penis. You stroke it up and down so that textured material stimulates your penis instead of just your hand. Straight out of the package, it’s ready to go because it’s already lubed up.

He looooooves his Tenga egg. I didn’t realize it was supposed to be a one-time use toy until he confessed that he had to be very careful when he cleaned it.

I was a bit appalled. We’re not rolling in money, but like the eggs in the refrigerator, I can buy more if he really wants some. It seems fair. He lets me buy the expensive cage-free eggs to eat, and I’m happy for him to have these eggs to play with.

He doesn’t have to keep re-using it, but he loves it. (But also, I really need to buy him new ones.) 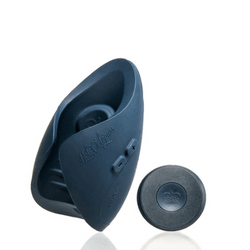 Full disclosure: we received the Pulse III Duo back in 2016 in exchange for an honest review. And we were happy to do it. It’s not a cheap masturbator, though, and without the review, we might not own one now.

But from that moment, Hot Octopuss has been one of our favorite sex toy companies. We’ve tried their other penis toys — a smaller version of the Pulse (aka the Pocket Pulse) and the Atom cock ring (the standard and the Plus). When I say “we,” I mostly mean him. He uses, I watch, and we both get off in our own way.

But time and time again, he comes back to the Pulse III Duo (affiliate link). Probably for the same reason I consistently use the same vibrators. It makes him feel something that other toys just don’t.

When I went to Eroticon in 2017, that same trip where I bought the never-to-be-thrown-away Tenga egg, he told me to tell Aly and Adam from HO one thing:

“I used it until the battery died, and now I have to wait to recharge it so I can use it again.”

It was a strange first introduction, but it sums up our relationship with Hot Octopuss. Frankly, once you’ve told a complete stranger your partner loves a sex toy so much they wore the battery down, you form a bond that’s not easily broken.

Also, if you’re wondering if he had a good time without me, I think we know the answer to that, too.

The Pulse III (Duo or Solo) is designed for people with penises who also have physical disabilities, but it can be used by anyone with a penis. You can be soft or rock hard when you put your penis in it. You don’t even have to stroke yourself with it. The oscillations (instead of vibrations) do the work for you.

Which One is His Absolute Favorite?

By embracing different sensations, he can pick and choose what to play with when the mood strikes. And the next time he refers to me as a “greedy girl” (which I am), I’m going to remind him about the times when he uses both. Not at the same time, but certainly in the same evening. Stroking himself with one, then switching to the other. I think that’s why they’re called toys, y’all. Because you get to play.

Since we’re always looking for more ways to play, what are your favorite penis masturbators? Share in the comments below or talk to us on Twitter!

Purple might be Kayla's favorite color but pink definitely looks good on her! onlyfans.com/lovingbdsm

Kayla's ass is already red from her warm-up, and JB is just getting started. Do... onlyfans.com/lovingbdsm

RT @KinkAcademy Boundaries create the container within which your yes is authentic. Being able to say no makes yes a choice. – adrienne maree brown pic.twitter.com/4cCqnc3NIS

We're having a LOT of fun recording content for OnlyFans...Orgasm control in the middle of a spanking out in the woodshop? Yes please! onlyfans.com/lovingbdsm pic.twitter.com/pwFlfLV7at