Beyond “one of our [JB and Kayla] favorite ways to play with kink,” orgasm control is exactly as labeled: yielding control of one’s orgasms to someone else. In power exchange this often looks like a submissive giving up some level of control over their sexual gratification to their Dominant partner.

This can mean a lot of different things depending on how you play.

You might not be able to touch yourself without permission.

Begging for an orgasm may be required — even as you’re being “tortured” with pleasure.

Locking away access to your genitals may be part of that control.

Teasing with pleasure only to be denied release and forcing orgasm after orgasm to the point of physical pain are just two ways to play.

As with any kinky fun, there are multiple ways to experience orgasm control and no single “right” way to do it. So what is it? Here’s a basic break down for anyone exploring orgasm control. 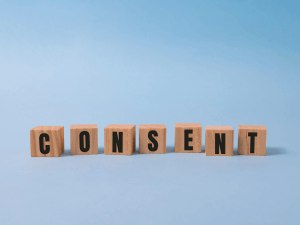 This should go without saying, but people make assumptions all the time about, so we still need to say it. Orgasm control must be negotiated and consented to just like anything else you do in kink.

Orgasm Control Comes in a Variety of Forms

There’s no single way to experience orgasm control. In general, there are three broad categories:

But within these categories, the ways to play are infinite (or nearly so).

What you did with one partner may not work for another. Which goes back to the “get consent” part, and it means you may need to re-think what orgasm control looks like from partner to partner.

So how do you do it and how does it all work? Let’s take a look at the three types of orgasm control. 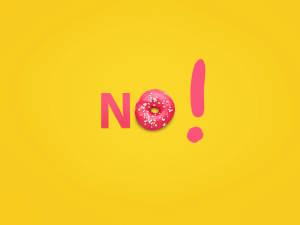 Again, the definition of orgasm denial is right there in the label — a partner is denied an orgasm. There are so many ways to explore this. I’m only listing the things I know about…

Note: Orgasm denial has some overlap with edged orgasms, as well (but with a few differences).

Whether you consent to a hands-off experience or a permission-based experience, orgasm denial means that a top or Dom has the power to say no. Orgasm denial can last a moment or it can last days, weeks, or literal months.

The appeal of orgasm denial varies from person to person but there are two common aspects: the control and the way a lack of orgasm makes the bottom or sub feel. Some submissives become hornier, needier, and more easily aroused the longer they’re denied. Others feel more submissive to their partner. It’ll be different for everyone.

The cousin to orgasm denial are edged orgasms. Edging occurs when a person is brought to the brink (edge) of orgasm without the climax. This can be done in conjunction with orgasm denial or as a standalone form of play. Here are a few ways to play:

Note: The difference between (some) orgasm denial and edging is the proximity of the orgasm. Orgasm denial can be a “you can’t touch yourself” OR a “touch yourself and stop” thing, but edging requires the stimulation before being denied release.

Kinksters play with edged orgasms for a lot of reasons: the power and control of denial, the way it makes the final orgasm more explosive, prolonging the pleasure, causing mental “pain” (consensually), finding out how long a partner can hold out, and/or hoping for failure so you can play with funishment. 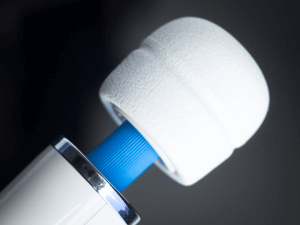 What is a forced orgasm? Essentially, one partner has their orgasm brought on faster and/or with more intensity than usual. For people who can have multiple orgasms (*waves* Hi!), forcing them can mean keeping those orgasms going for as long as possible. For people who typically only experience one orgasm at a time, it may mean going harder, increasing the stimulation, or speeding up the process.

Here are some ideas, if you’re not sure where to begin:

The Importance of Communication

None of this works without communication, though. Of course you talk it through before you try orgasm control (see the section on consent above). But communication doesn’t stop there.

You’ll need to provide feedback as you play, especially if you feel pain or something about the play doesn’t feel right.

Some people can’t do forced orgasms because it’s already difficult enough to get to the point of climax in the first place. The time and method required to “force” an orgasm takes the fun out of it.

Others don’t handle edging well because they can’t stop the impending orgasm no matter how hard they try. They feel bad when they can’t, and that ruins the mood for them.

I am happy to play with orgasm denial, but if I go too long without the release of an orgasm, I get stomach cramps. Once I figured that out, I explained it to John Brownstone and now he may deny me for a while, but if he turns me on, eventually I get to orgasm. It’s actually easier for us to play by disallowing any touch because that makes me a needy submissive but it doesn’t (usually) cause physical pain.

As with all forms of kinky play, this is supposed to be fun, on some level. Whether it’s about the power and control or it’s about the orgasm, both partners should get some level of satisfaction from whatever you do. If not, reassess, discuss, and figure out another way to play.

Like everything else in kink, there’s no single right way to play with orgasm control and you don’t have to do it at all if it’s not your thing. Don’t assume that a Dom automatically controls a submissive’s orgasm. Talk about it first and make sure you both consent. After that, find the method you enjoy most and explore it further. You can mix and match your orgasm control or stick with a single favorite way to play.

And if you play with orgasm control in your kinky life, what methods do you use? Feel free to share in the comments!

Want to figure out what Dominance, submission, and power exchange mean to you? You can do 30 Days of D/s, too. Get the 30 Days of D/s workbook here!